CBD vs Inflammation - a better, safer alternative to NSAIDs 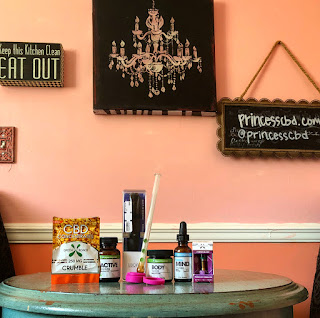 With there being so many different varieties of CBD available, there's a method for nearly everyone looking to benefit from CBD's many medicinal properties. From left to right, there's CBD in the forms of crumble, capsules, refillable vape, topical cream, tinctures & a pre-filled CBD cartridge for vapes.

Inflammation: What causes it?
•Inflammation is defined as: a localized physical condition in which part of the body becomes reddened, swollen, hot, and often painful, especially as a reaction to injury or infection.

•Inflammation is our body’s natural response to harmful cells and pathogens. It acts as a protective measure against the initial damage suffered by the immune system. The condition is divided into Acute & Chronic categories. Acute pain comes on suddenly & from something specific. Chronic pain is defined as pain that lasts for 12 or more weeks. It can be caused by an injury, disease or something unknown.


NSAIDs vs Our Bodies: What are NSAIDs?
•Non-steroidal Anti-inflammatory Drugs (NSAIDs) are the most common pharmaceutical treatment for inflammation. They include:
* Aspirin
* Ibuprofen
* Celebrex
* Naproxen

•One of the main issues with NSAIDs such as Aspirin and Ibuprofen, in particular, is that people turn to taking them regularly without realizing the formidable range of side effects such nausea, abdominal discomfort, heartburn, rash etc.

•More serious side effects include possible liver and kidney failure, ulcers (which is why I can not take them) & prolonged bleeding after sustaining an injury or after surgery. Even more worryingly, NSAIDs increase the risk of potentially fatal strokes and heart attacks.


How CBD Combats Inflammation
•CBD is long associated with anti-inflammatory and immunosuppressive qualities, & the clamor for this cannabinoid has increased significantly since the FDA approved it as a food supplement.

•Arguably the most exciting studies relating to CBD and inflammation have shown that it is the strongest of all anti-inflammatory options, beating off stiff competition from Omega-3, vitamin C & various antioxidants. Several compounds within marijuana help reduce inflammation, but CBD is arguably the most effective

•While NSAIDs provide you with reasonably fast-acting relief, the positive effects are only temporary and are often accompanied by awful side effects.
In contrast, CBD is all-natural and it comes in a variety of forms including; oils, gummies, edibles, tinctures, ointments and more.

Popular posts from this blog

June 02, 2018
ROYAL REVIEW: Alpen Organics 1000mg Extra Strength CBD Tincture Like every product I’ve received from Alpen Organics, my 1000mg Extra Strength CBD Tincture arrived VERY quickly & 100% perfectly intact.  The day it arrived, I’d yet to dose my 1st round of daily CBD, so I began then & there, around 12:30pm. Due to the fact that I do medicate with CBD multiple times daily, my tolerance is high. This particular product is a VERY high dose, which has been absolutely perfect for me since the 1st time medicating with this tincture.  I’ve been medicating with Alpen Organics 1000mg CBD Tincture by putting my desired dose under my tongue & holding it there for 10-15 seconds (recommended use) as well as putting it into my homemade, healthy smoothies, as the tincture is completely tasteless, making it ideal for adding to beverages! ☕️🥤 🌤 Along with a healthy eating style & therapy, starting my days with a sublingual dose (under the tongue) of Alpen Organics 100
26 comments
Read more

January 29, 2019
ROYAL REVIEW: 10mg CBD Hard Candies from Your CBD Store Birmingham Hello & happy Tuesday, Royal Fam! Today, I’ll be reviewing 10mg CBD Hard Candies from Your CBD Store Birmingham. As a Birmingham resident & CBD enthusiast, I must say that this is one of my favorite shops! Not only do I love their products, the service I’ve received has never been less than extremely pleasant, helpful & friendly.  Last weekend while stopping in for some CBD tincture for my hound, Bailey, I saw that Your CBD Store was selling two packs of their 10mg CBD hard candies, so I decided to give them a try. The candies are Your CBD Store’s very own recipe & are made in Florida. They come in about five flavors or so & I decided to give pineapple & cherry a try. These candies from Your CBD Store are some of my favorite CBD candies I've ever tried! Great flavor without that overwhelming “plantlike taste”. I could feel the subtle dose of CBD after about a half hour. My musc
21 comments
Read more

June 16, 2018
Today’s SECRET GIVEAWAY (6/16) Hey there & welcome back, Royal Fam, welcome to today’s SECRET GIVEAWAY! Wondering what today’s PRIZES are? Wondering how YOU could win one? I will happily let you know! This giveaway is of a little something sticky.  Just a little something sticky from one of my personal favorite brands in the smoke accessory game. I’ve got THREE Beamer Smoke  stickers for THREE lucky random winners, Royal Fam! The winner’s sticker will be delivered to YOUR CASTLE with an included, handwritten card from me @princesscbd 💚 . For your chance to be one of the THREE WINNERS, simply:  •Return to the post on my Instagram account mentioning today’s (6/17 or the one on 6/16) SECRET GIVEAWAY. •Like that post.  •Make sure you’re following me & comment “Lion” or “Wavy” on that post to let me know which sticker you’d like & tag 1 friend in that comment. •You CAN enter to win either style sticker by leaving another comment (“Lion
1 comment
Read more